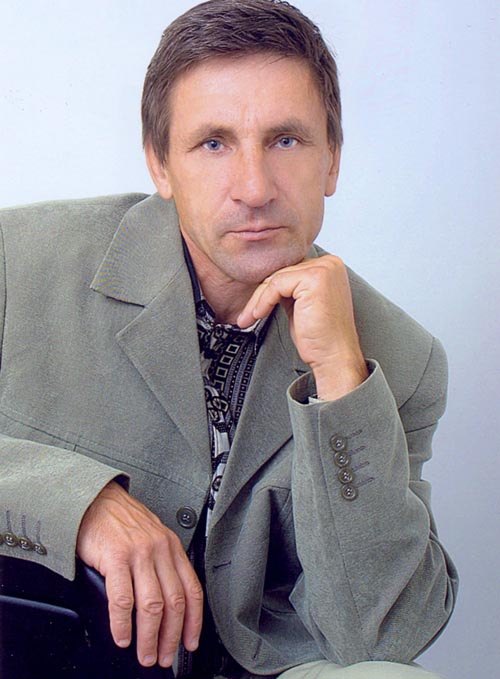 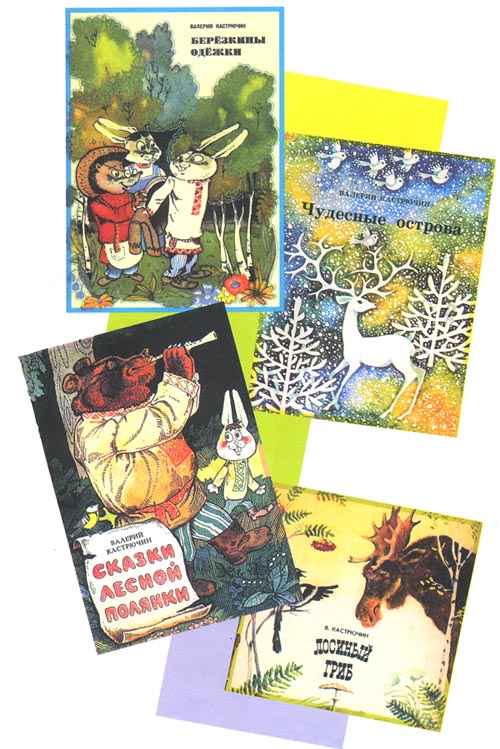 Valeriy Kastryuchin was born on January, 26, 1952 in the town of Fastov (Ukraine) into the workers’ family. His father, Arkadiy Kastryuchin, came from Siberia. During WWII, he served in the navy and had a number of war decorations. The writer’s mother, Lyudmila Dovgart, was born in Ukrainian Fastov. The family moved from place to place many times: they lived in the Ukraine, then left for subpolar Russian town of Vorkuta, Altai territory, Kazakhstan and finally returned to the Ukraine.

In 1961, the family arrived to Belarus where the future writer finished the secondary school and entered the Belarusian State University where he studied the Belarusian and Russian philology. After graduation, Valeriy Kastryuchin worked as a Russian literature and language teacher at a village school, then as a correspondent at the “Zorka” newspaper for children and teenagers, an editor at the chief editorial board of children’s programs at the Belarusian state television, an editor of literature department at the “Kacheli” children’s magazine.

Valeriy Kastryuchin’s entry into literature took place in 1968 when his first story was published in the oldest Belarusian children’s magazine “Viasyolka”. Since then, his stories and fairy-tales were published regularly in Belarusian magazines and newspapers, such as “Viasyolka”, “Biarozka”, “Rabotnica i Sialianka”, “Zorka” and others.

In 1975, Valeriy Kastryuchin’s first book entitled “The Birch’s Clothes” saw the light at the “Mastackaya Litaratura” publishing house. It was followed by collections “Elk Mushroom” (1978), “Tales of the Forest Glade” (1980) and “Wonderful Islands” (1986).

In 2006, Metropolitan of Minsk and Slutsk Patriarch Exarch of all Belarus Filaret blessed issuing Valeriy Kastryuchin’s poetic collection for children “Heavenly Bell” at the publishing house of Belarusian Exarchate. The book was reissued in 2008.

The book “Tales of the Forest Glade” first published in 1980 was re-issued several times, including in the Ukrainian and Polish languages (2003 and 2010, respectively).

Valeriy Kastryuchin’s stories and fairytales were included into many literary collections and were translated from Russian into Belarusian, Ukrainian, Polish and Serbian.